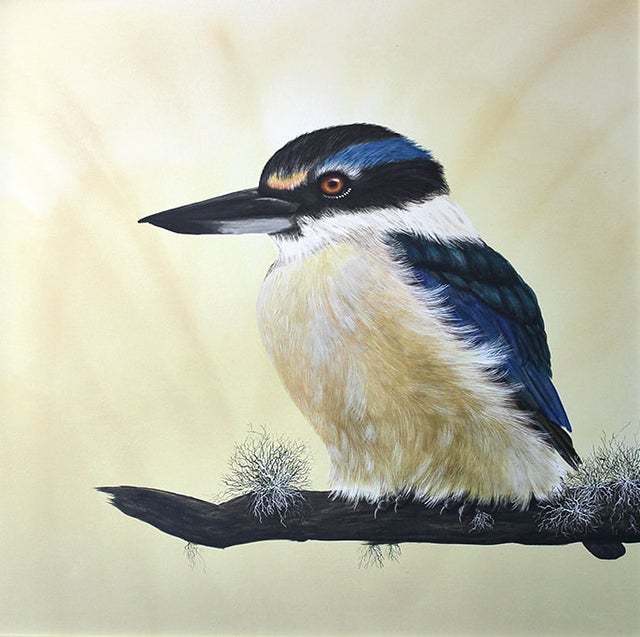 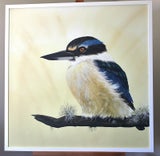 New Dawn is a Limited Edition print of 50, with Epson Printer on Signature Worthy Texture Matte Canvas. Your print arrives to you boxed and ready to hang, no added frame.

762x762mm Unframed sent to you in a tube ready for framing

The original is sold

You art is shipped to you at no charge already box framed and ready to hang.

Piwakawaka of New Zealand hold a special place in the hearts of many for the cheerfulness of this remarkable bird.

Blue Ocean is an absolutely fabulous larger size painting that is sure to make an impression. A celebration of blues.

The Piwakawaka is New Zealand playful Fantail. The fantail is one of the few native bird species in New Zealand that has been able to adapt to an environment greatly altered by humans. A great example of how one can rise above and make rainbows with what we have.

Archival Stretched Canvas with a tight even weave is used on an 8oz 100% cotton, triple primed to create the smooth surface for this detailed work.

New Dawn of the New Zealand Kotare, the Sacred Kingfisher. As the new dawn presents itself so too does the Kotare.

Archival Stretched Canvas with a tight even weave is used on an 8oz 100% cotton, triple primed to create the smooth surface for this detailed work.

Kowhai Tui is one of New Zealand iconic native birds. His call is distinctive and a pleasure.

This work is an original, reference used with permission and no possibility of prints.

Kingfishers are found throughout the country in both coastal and inland freshwater. In New Zealand the species is also known as kotare (from the Maori kōtare).

It is called “sacred” for it was said to be a holy bird for Polynesians, who believed it to have control over the waves and were ascribed venerable power over the ocean.

A kingfisher, said to be the first bird to fly from Noah's ark after the deluge, supposedly received the orange of the setting sun on its breast and the blue of the sky on its back. It was considered a symbol of peace, promising prosperity and love.